The mathematics of mud

Join us for the live stream Jan 26, 11:45am EST: youtu.be/Si7SG3KeJI4
(Please visit our youtube channel main page for the stream if there are any issues with the direct link.)

Soil carbon stocks have the potential to be a strong source or sink for carbon dioxide over the next century, playing a critical role in climate change. Coastal soils are particularly rich in soil carbon. But Earth system models do not represent coastal carbon separately from upland soils. How do these simulations represent soil carbon stocks and how does that differ from what we need to represent in coastal systems?

There was little agreement on soil carbon stocks between 11 Earth system models in the Climate Model Intercomparison Project 5. Predicted present-day stocks ranged from roughly 500 Pg to over 3000 Pg and predicted changes over the 21st century ranged from -70 Pg to +250 Pg. Why do such large differences exist between the models and are they all right?

Examining the codebase for all Earth system models was intractable. Instead, we fit a simplified model to Earth system model simulation outputs based on underlaying documented mathematical structure and initialization routines. We were able to explain most of the underlaying simulation behavior using this reduced complexity model. In general, model differences were explained by different in parameterization and inputs (mass and temperature), not underlaying structure. Furthermore, this variation reflects real world uncertainties in our observations, implying that the soil carbon response to climate change is extremely uncertain over the next century.

But how do marsh soils differ from upland soils? Can we use the same models? What makes these systems different?

Dr. Todd-Brown is a computational biogeochemist who uses mathematics and computers to understand how soil breathes. She is an Assistant Professor at the University of Florida in the Department of Environmental Engineering Sciences. She has been a Postdoctoral Fellow (2019) with Drs. Jennifer Baltzer (Wilfred Laurier University) and Merriett Turetsky (Guelph University), a Distinguished Linus Pauling Postdoctoral Fellow at the Pacific Northwest National Lab (a United States Department of Energy laboratory in Richland, Washington) (2015-2018), and a Postdoctoral Researcher at the University of Oklahoma (2014). She received her PhD (2013) from the University of California, Irvine from the Earth System Science Department. She also holds a Bachelor of Science (2004) from Harvey Mudd College in Claremont, California in Mathematics and worked as a software developer for bioinformatics tools at Massachusetts General Hospital in Boston, Massachusetts. 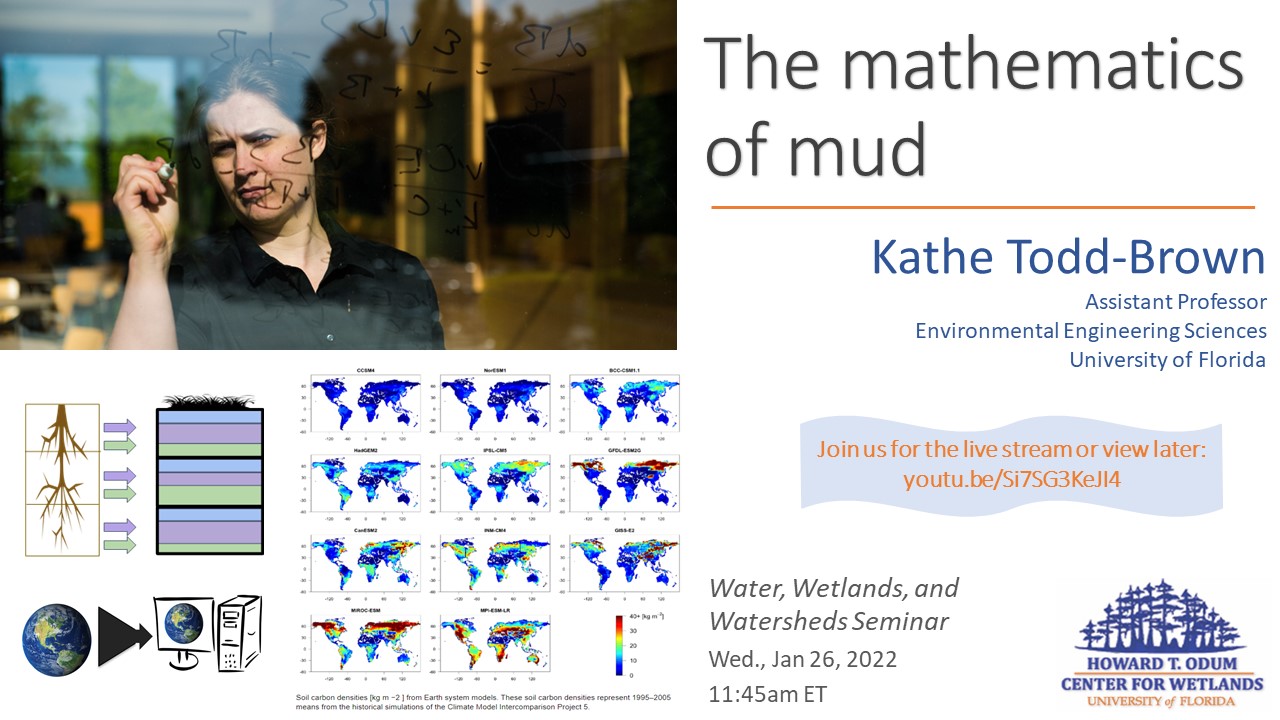