Join us for the live stream Jan 12, 11:45am EST: youtu.be/GfwQMpP6RuA
(Please visit our youtube channel main page for the stream if there are any issues with the direct link.)

During the late 1980s to early 1990s, a variety of management actions were undertaken to reduce watershed-level nutrient loads to Sarasota Bay. These involved upgrades to wastewater treatment plants, better control of high-nutrient reclaimed water, targeted stormwater retrofits, and concerted efforts for public education. In response to the estimated 50% reduction in bay-wide nutrient loads, nutrient concentrations declined across the bay, with concurrent reductions in chlorophyll-a concentrations and increases in water clarity. In response, seagrass coverage increased by nearly 50%, which increased available habitat for those seagrass-dependent species. However, since the early to mid 1990s, the population in the Sarasota Bay region has increased by about 70%. The combination of increased population growth and aging infrastructure appears to have brought about a recent loss of many of the benefits that arose 30 years ago. This presentation will focus on the development of a technique to quantify the health of the bay, the logic behind a chosen “reference period” for target setting, and the derivation of a preliminary pollutant load reduction goal for the bay.

David Tomasko is currently the Executive Director of the Sarasota Bay Estuary Program (SBEP) one of 28 National Estuary Programs across the US. Prior to joining the SBEP, David worked for a number of years as a scientist for various private consulting firms, working on various environmental restoration projects across the Gulf of Mexico, California, the Caribbean Basin, Japan, the Philippines, and the Middle East. Previously, he worked for the Southwest Florida Water Management District, where he eventually became the Manager of the Environmental Section. David received his BS in Biology from Old Dominion University, his MS in Biology from Florida Institute of Technology (with a specialization in Marine Biology), and a PhD in Biology from the University of South Florida. 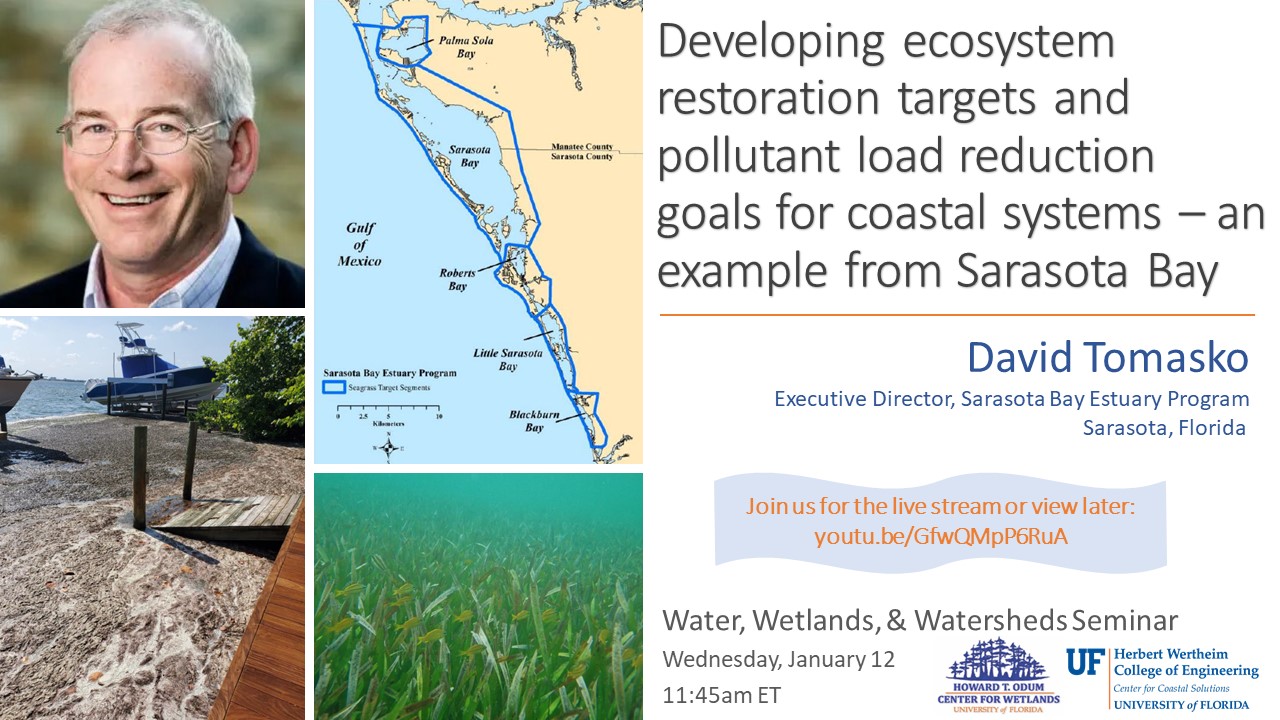